We are excited to sponsor Brian Baldwin, Pro Watercross and AquaX Pro Enduro racer.  Brian began racing in 1999.  According to Brian, “I basically live and breathe jet skis.”  In addition to multiple regional titles, Brian is a seven-time National Champion and 6-time World Champion.  In January 2018, he was crowned the first-ever AquaX World […]

Congratulations to Angela for being our first ever raffle winner! We recently had a little fun raffling off an XT12-101SQ. Tickets were sold for $5 and Triton employees could purchase as many as they wanted. All proceeds went to a non-profit chosen by the winner. Knowing the positive impact of this, some employees even gave […]

Were you at the Neosho Cup Snowmobile Race this weekend? We were! We were excited to help celebrate their 25th year with our annual sponsorship! The racing included Pro, Trail, Semi-Pro, Masters, Factory and Womans. The TC118 we brought along lives for this. Including a 4′ x 4′ contoured front access door with gas shocks, full-width […] 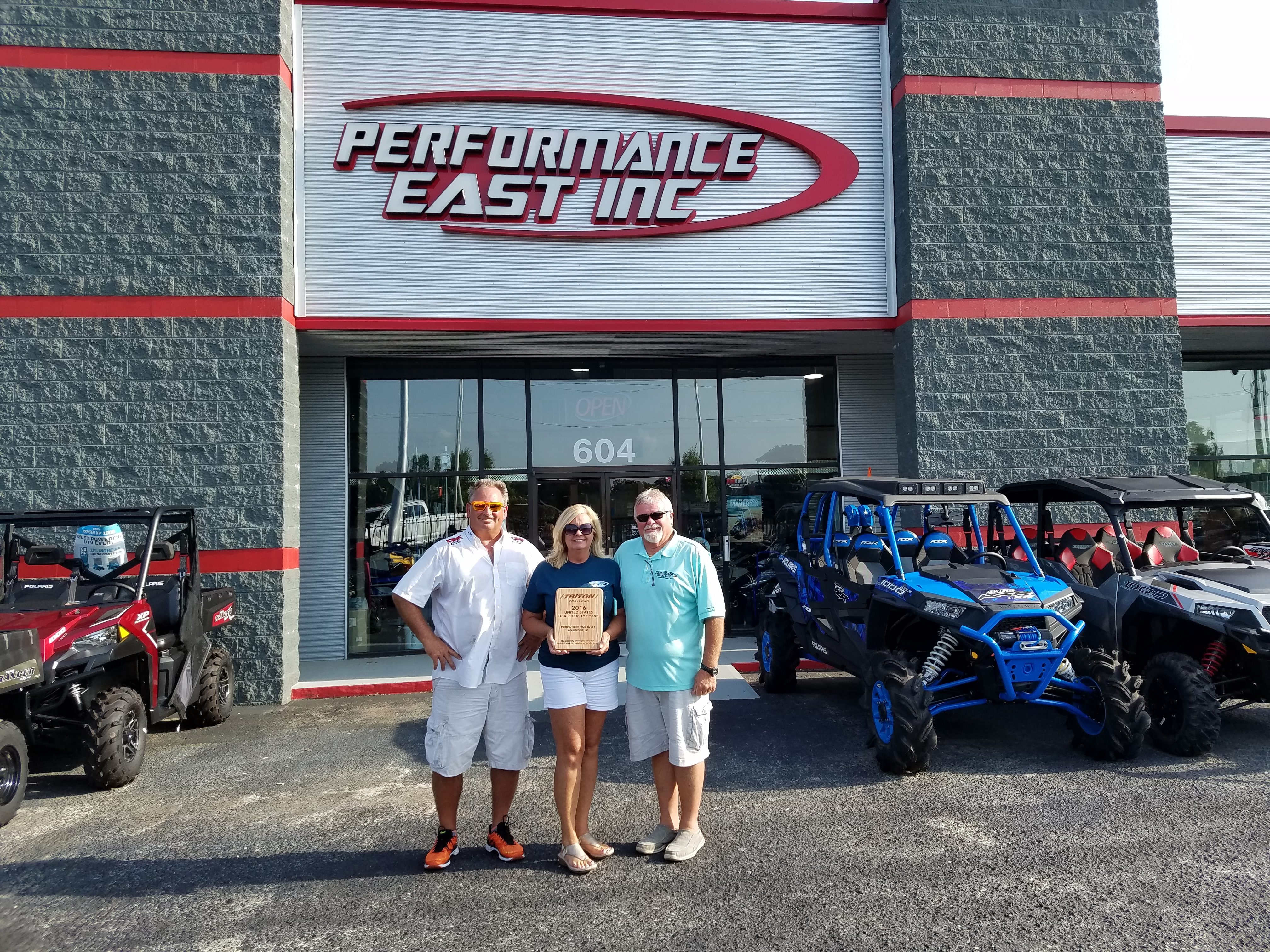 2016 United States Dealer of the Year

We are pleased to recognize Performance East of Goldsboro, North Carolina, as Triton Trailers’ 2016 United States Dealer of the Year.  Founded in 1994 by Neil and Mary Weeks, Performance East is a family-run industry leader which recently expanded to a 22,000 sq. ft. facility.  Triton Trailers are displayed in front of the store and […]

Triton employees recently had an awesome Friday night out to cheer on our Milwaukee Brewers! This 12 inning game against the Dodgers ended with a Brewers loss but that doesn’t mean we didn’t enjoy the night out. The night started with a bus ride from Triton to Miller Park followed by must have tailgating.

New for 2017 we’ve added a wider model to our ATV series. This unique product offers 90 inches of width, capable of accepting today’s wider powersports vehicles. Side and rear load a combination of equipment with the light easy to maneuver twin ramps. Other features include: Thick 5/8” fully treated marine grade plywood for durability and […]

Triton Trailers The King of Tow

This article originally appeared in ATV World Magazine. Volume 13, Issue 6 2017 When John Reiser and Bob Peisch built their first boat lift in John’s garage in 1975, little did they know more than 40-years later their small start-up company would become one of the most recognizable and respected names in aluminum trailers. The fabrication […]